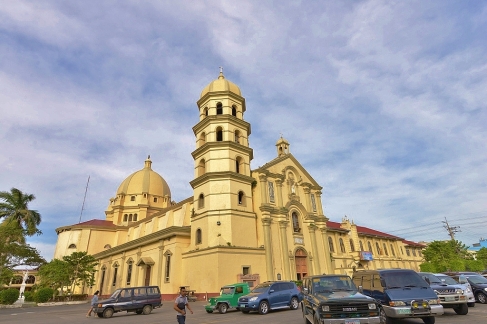 The San Sebastian Cathedral is the single most imposing structure in Lipa City if one does not count the huge malls within the city center. Our travel-photography group FUNtastic Philippines visited Lipa last Saturday and made the cathedral grounds our base for exploring this city. 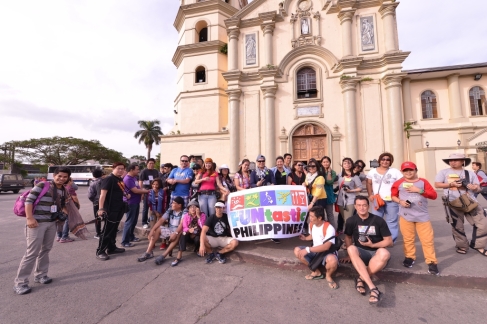 HISTORY OF THE CATHEDRAL

Villa de Lipa was once the most affluent town in the Philippines mainly due to its most famous produce, coffee. From the City of Lipa website, one reads that  Don Galo de los Reyes, then the  governadorcillo of Lipa, introduced coffee of the  Arabica species brought in from Mexico.

The church was first constructed with light materials and a series of constructions and deconstructions happened under he administration of the Augustinians until Fr. Benito Baras, who was Parish Priest of Lipa for from 1865 to 1894 finally completed the construction of this  parish church which would later become the cathedral, known to the locals as Katedral. 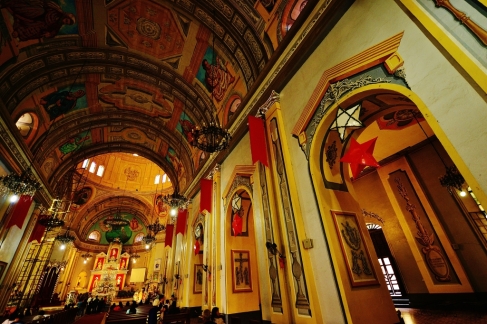 From the webpage Batangas Hub (http://www.batangashub.com/4/category/san%20sebastian%20cathedral%20in%20lipa%20city/1.html), “Lipeños visit this place often without knowing that this church,The  San Sebastian Cathedral, is the product of the townsmen’s motivation to build astonishing huge churches to compete with other cities nearby for the seat of the archdiocese in 1910.On that same year, Lipa was chosen by Most Reverend Jospeh Petrelli, D.D, to be the Diocese covering the provinces of Batangas, Laguna, Quezon Marinduque and Mindoro and later made the seat of the Archdiocese. It was constructed simple and bare without the murals and paintings until the 19th century when the colorful and extravagant images were drawn on the walls and ceilings. San Sebastian Cathedral is raised from rough-hewn, rectangular stone and has a six-storey octagonal bell tower that rests on a rectangular base of the small dome on top. It also features a grand baroque designed pipe organ which is the only one in Batangas Province and one of only 59 units in the Philippines.”

Indeed, the Lipa Cathedral is easily one of the most beautiful places of worship in the country. Here are more photos I took on our visit. 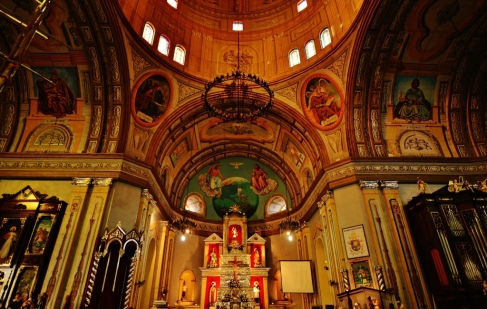 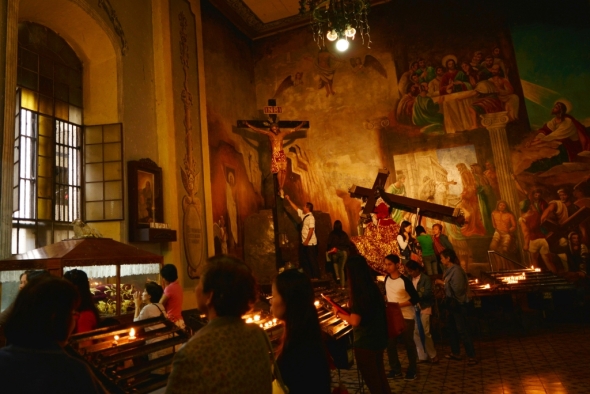 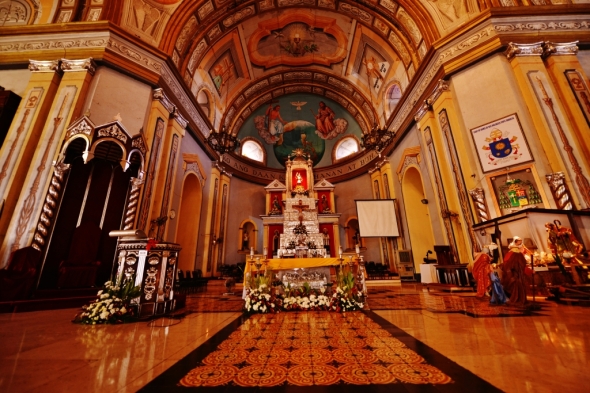 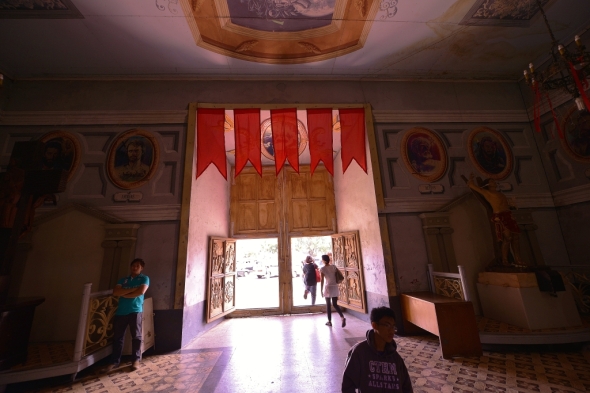 from the inside looking out 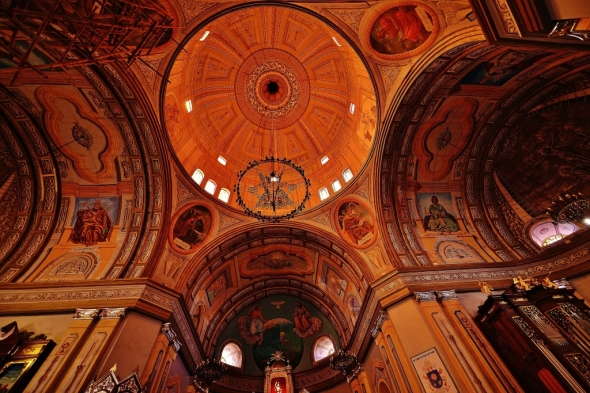 this cathedral is grand, befitting the seat of the Archdiocese of Lipa