Dimasalang is a 3rd class municipality on the southern parts of the island province of Masbate. Visitors to Masbate inevitably stay within the city limits or visit the nearby Ticao Island. But out-of-city travel normally comes after visiting the famous sights in Masbate City and its surrounding municipalities.

I first went to Dimasalang last year and did not have enough material to write about the place. Last week, my friends from the group of travel-photography facebook group called FUNtastic Philippines set out for island hopping, after attending the Masbate Rodeo the day before.

We left Masbate before breakfast and were in Dimasalang in less than 2 hours, 67 kilometers away.

First stop was Patio Milagros, a resort hotel that is also the default party and function venue in Dimasalang. We went straight to a picnic hut on the garden overlooking a group of islands we were going to visit. After coffee and native pastries offered by our hosts, we were briefed on our itinerary by the Tourism Officer, Virgilio Natural, known to everyone as simply Ilyo.

We boarded a fishing boat at the town’s pier and went straight to the islands, mostly uninhabited. Such beauty. After about 30 minutes of oooohs and ahhhhs, we were brought to Portavega, a very relaxing resort on a cove. 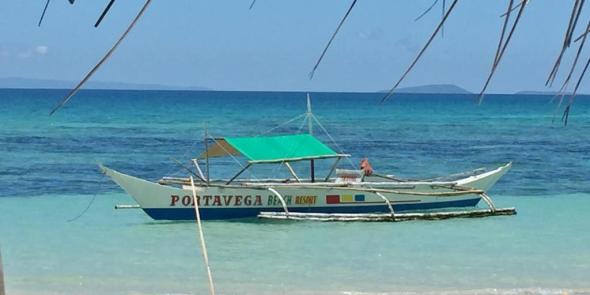 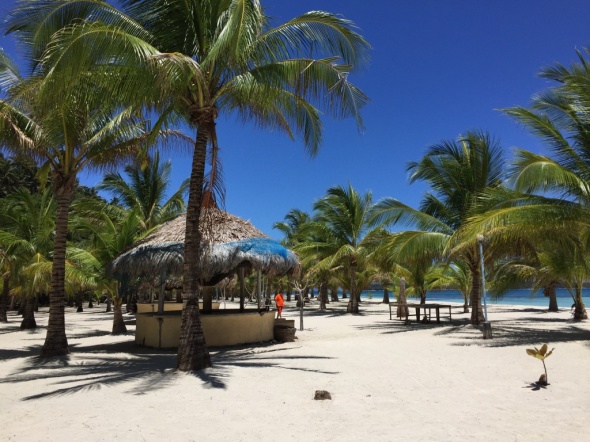 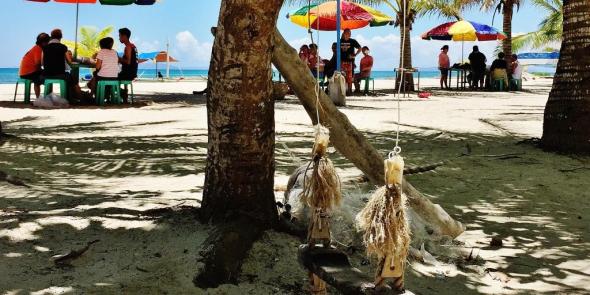 Within Portavega is a very unique, dome-shaped church with Latin words around the dome. Because of its shape, no microphones are necessary during mass. And the religious should not even talk to each other in whispers. the whole congregation will hear what you are talking about.

Lunch was boodle fight consisting of pork dishes, sea food including sea urchins. Drinks were fresh coconut juice. We had for dessert some more native delicacies that looked like camote or balinghoy. I can’t recall exactly how the locals called it.

From PortaVega it was a short boat ride back to the pier, less than 15 minutes. 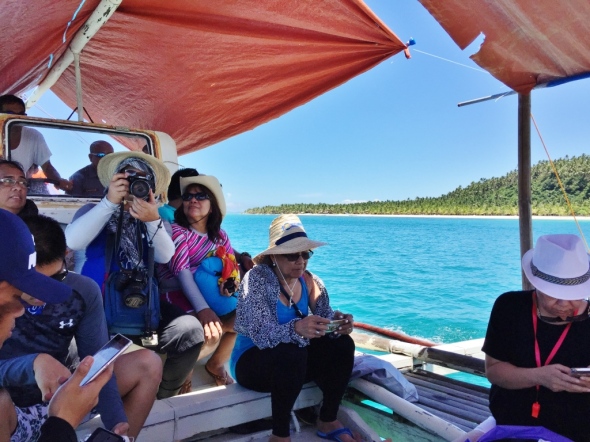 A sidelight was a visit to the statue of our National Hero Jose Rizal, the only known statue of this here where he is sitting down. Jose Rizal, for those who don’t recall lessons from grade school, used “Dimasalang” as his pseudonym when he wrote.

We were briefed on the development plans for the islands. Deep inside, I was hoping that the development will be controlled, and only to add some amenities that will make visitors more comfortable.

As for me, I will be happy pitching a tent at Porta Vega. There is a small store there that sells very basic provisions. And there are toilet facilities, too. 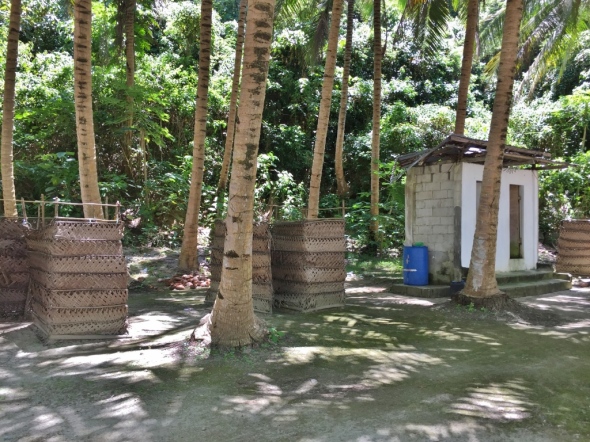 HOW TO BOOK AT PATIO MILAGROS: