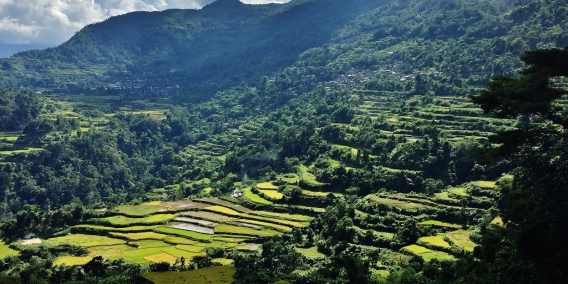 Kalinga is a landlocked province within the Cordillera region. Prior to 1995, it was part of Kalinga Apayao. Apayao, now a separate province is north of Kalinga.

Kalinga has rugged and sloping terrain.  with mountain peaks ranging from 1,500 to 2,500 meters high. Its western side, towards the province of Abra, has sharp, crested, interlinking peaks of steep slopes, isolated flatlands, plateaus and valleys. Mount Balbalasang, a national park within the town of Balbalan is on this side.

Typically one goes to Kalinga and hike to the town of Buscalan to witness Wang Od, most popular for her art of tattoos. Even local and international celebrity have come to be tattooed by this now legendary woman.

But I choose to write about Kalinga and how it has been so blessed by mother nature.

Kalinga boasts of majestic rice terraces. All over the province. In every town. Huge ones and rather small patches. 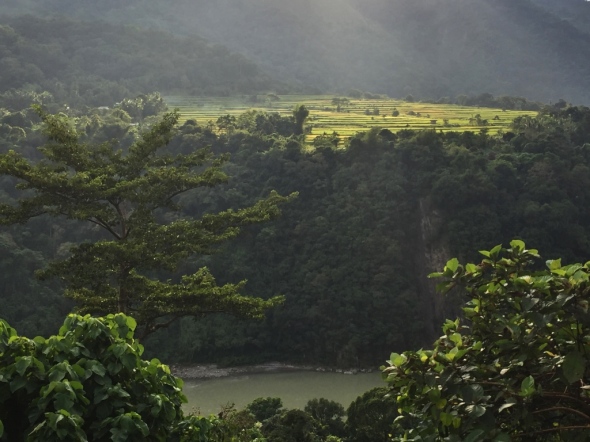 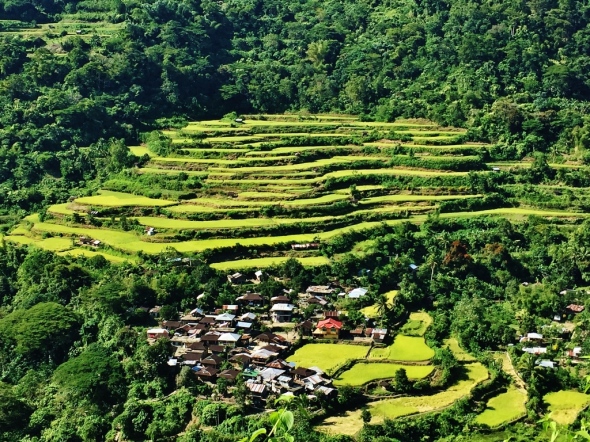 The most extensive river in the Cordillera region, it covers the provinces of Mountain Province, Kalinga and Cagayan. It is referred to as a “river of life” for the Kalinga people who live on its banks, and is well known among development workers because of the Cico River Dam Project, an electric power generation project which local residents resisted for three decades before it was finally shelved in the 1980s – a landmark case study concerning ancestral domain issues in the Philippines.

It is also the most famous river for whitewater rafting. I have a set of friends who would set out for their annual whitewater adventure every year, on New Year’s day.

TABUK, the only other city in the Cordilleras after Baguio City

The capital of Kalinga is Tabuk City. It does look like any provincial city, with many hotels, restaurants and malls. 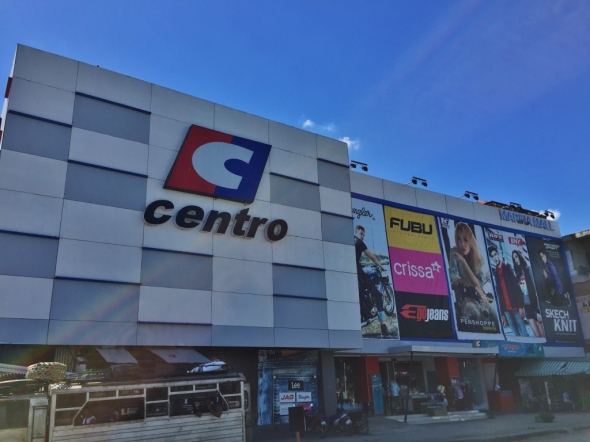 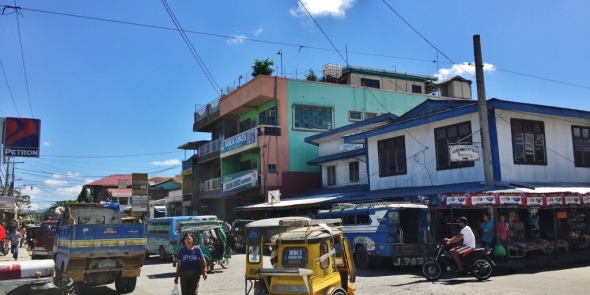 Within Tabuk is an interesting bridge that contrasts the old and the new. 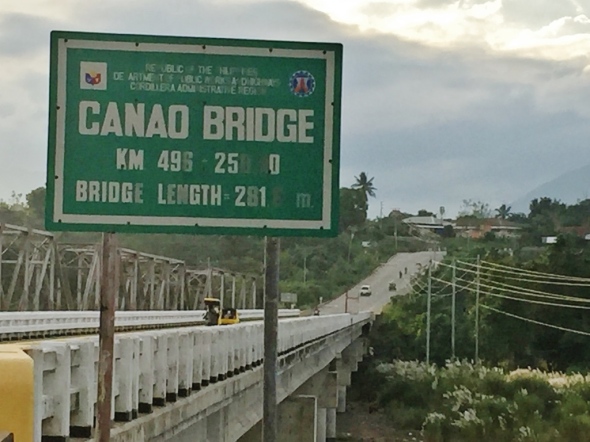 My hotel of choice in Kalinga is Grand Zion.

A most interesting town to visit is historic Lubuagan, once the capital of Kalinga and also once the seat of the Third Philippine Republic when then president General Emilio Aguinaldo based himself in this small town for several days.  It laso had the first educational institutions in the region, and naturally had wealthier homes as it was then the trading center. 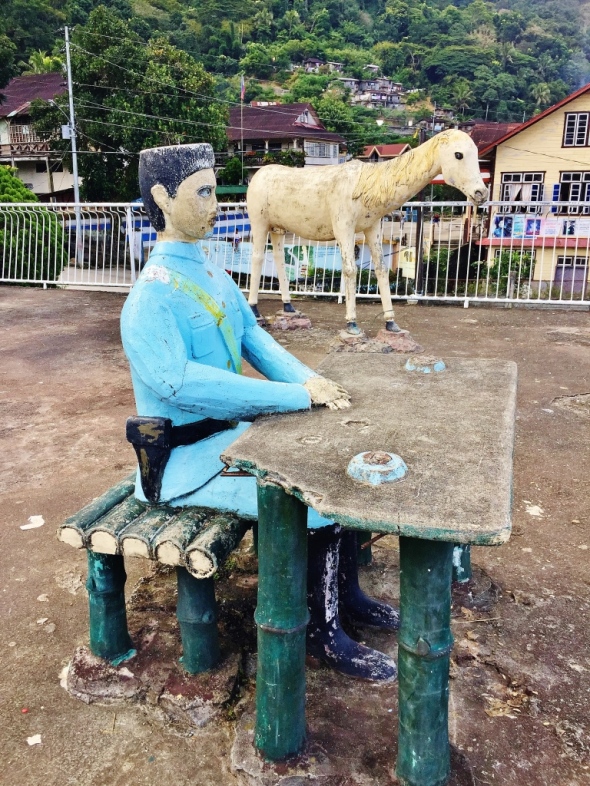 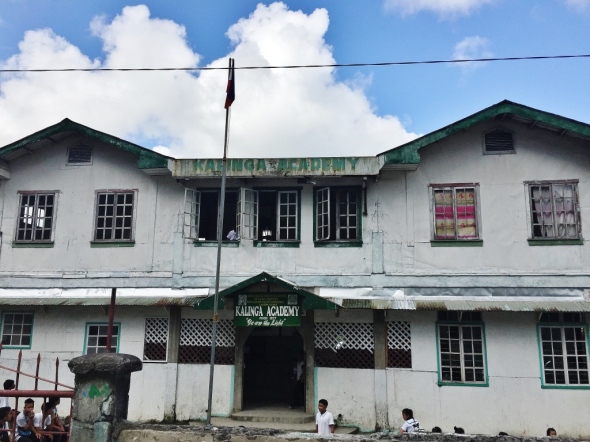 Balbalan is a hard-to-reach town towards the west of Kalinga. It is famous for its rice terraces and the Balbalasang-Balbalan National Park at Mt. Balbalasang 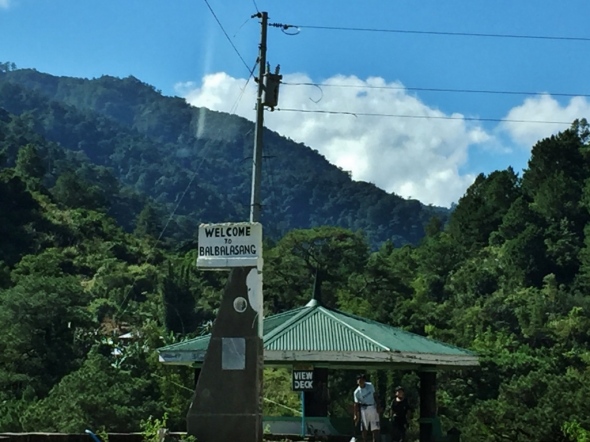 The towns of Pasil and Tanudan are also interesting destinations for their rice terraces. However access to most towns is difficult as most roads are eroded and, therefore, muddy for the most part.

My Route to Kalinga
Most people go to Kalinga via Tuguegarao. Admittedly, this is the easiest way. But the more adventurous can also approach Kalinga from Apayao, or from Abra. The roads to and from Abra or Apayao are not recommended for those who want to take it easy. But that will be another story, and I shall be writing about my travels thru these routes less-traveled. 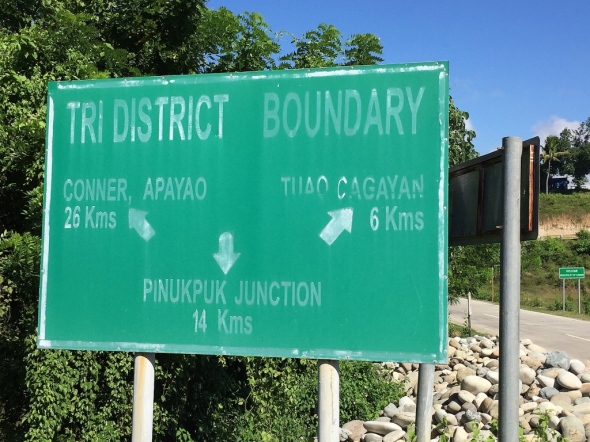 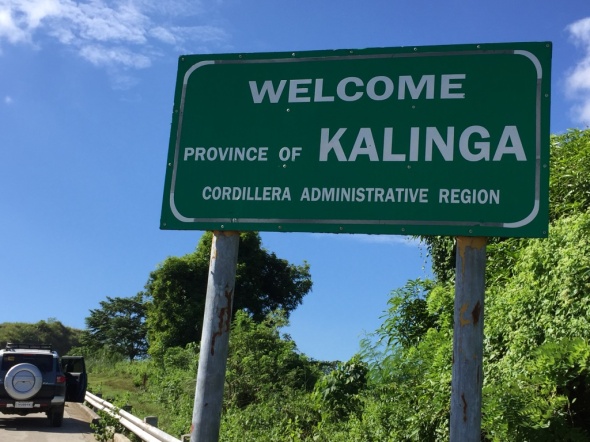 This welcome sign greeted me when I came from Apayao

At the heart of this barangay is the Balbalasang Balbalan National Park, dubbed as “the green heart of the Cordillera”

“The Park belongs to the Luzon Biogeographic Region, a unique center of endemism in Luzon. It is composed of two mountain ranges within the Cordillera Central with numerous rivers and creeks all draining towards the Saltan River. Mount Sapocoy is the highest peak at 2,456 meters. It is located at the western boundary of the park overlooking the Ilocos and Cagayan Valley. The lowest point in the park, with an elevation of 700 meters, is at Balbalan in the eastern portion.

An important center for biodiversity conservation, the park is home to 89 species of birds, of which 39 are endemic to the Philippines and 2 of them can only be found in Luzon, the Isabela oriole (Oriolus isabellae) and flame-breasted fruit dove (Ptilinopus marchei). While none of the recorded species in the park is critical or endangered, four species of birds are categorized vulnerable (2002 IUCN Red List of Threatened Species), among them are the whiskered pitta (Pitta kochi), Luzon water-redstart (Ryacornis bicolor) and Luzon jungle flycatcher (Rhinomyas insignis).

In addition, 23 species of mammals, 13 species of amphibians, 13 species of reptiles and 25 species of earthworms have also been documented. Among them are the Philippine warty pig, Luzon striped rat, Northern Luzon giant cloud rat, Kalinga narrowmouth toad, and Luzon narrow-mouthed frog. Two of these mammal species are listed as endangered, namely the Luzon pygmy fruit bat and the Luzon bushy-tailed cloud rat.

At elevations above 1,000 m., the park consists of hardwood, pine and mossy forests. A species of Rafflesia flower has also been discovered in the park. ”

boyplakwatsa chanced upon this beautiful site on way to Abra via the provincial road that traverses Balbalan. 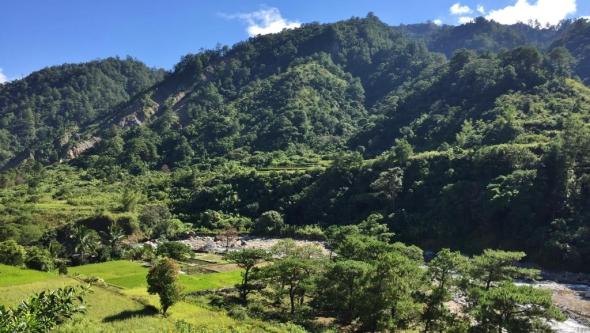 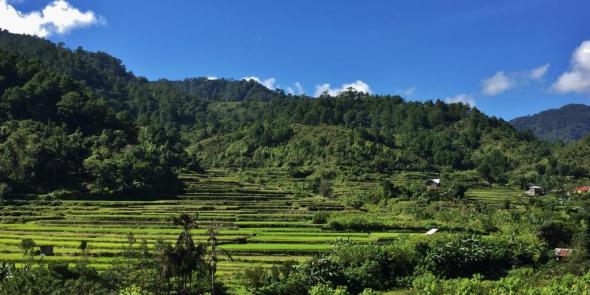 A beautiful community sits beside the rice terraces 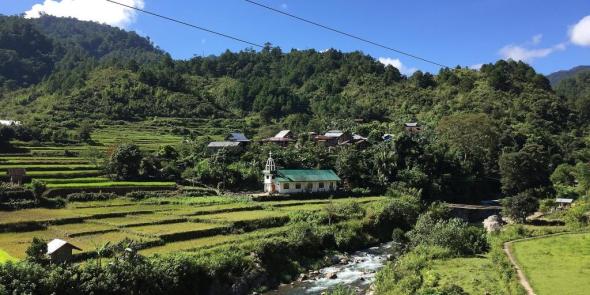 As I understand it, the mountain park is presently closed for climbers. But no one is stopped from visiting this beautiful, albeit extremely hard to visit, barangay.

An onward journey takes one to even more rugged, muddy mountain roads leading to a town in Abra for indigenous people.