Burgos is most famous for the lighthouse at Cape Bojeador. On a recent trip, I detoured to Kapurpurawan, on the suggestion of a friend from Currimao.

The lighthouse at Cape Bojeador is rated by many as the most beautiful lighthouse in the Philippines, and I can only agree, having seen so many lighthouses myself. It was built in 1892 with a tower that stands 66 ft, built on a hill overlooking Cape Bojeador.

The zigzag drive up the hill can be a challenge to unskilled drivers, with portions of the road so narrow that motorists will have to give way to oncoming vehicles.

At the foot of the lighthouse are locals selling snacks, drinks, and souvenirs. Having gone there past lunch, I had to nourish myself with some biscuits and some cold drinks. To my pleasant surprise, I was actually asked by the locals to share their packed lunch. I was too shy to join them though.

they were sharing their packed lunch with me

The climb up the tower is easy. However, the viewing deck at the top of the tower was closed when I visited. Still, that did not diminish my appreciation of the magnificent structure. 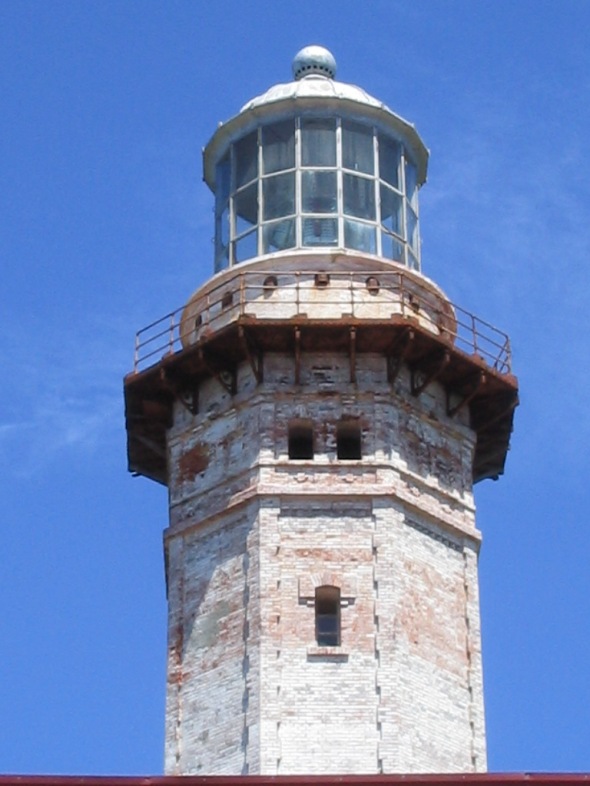 the structure is still good, unlike other lighthouses now in ruins

view from the porch

There are several carinderias at the foot of the lighthouse, going to Burgos and bangui. Cheap food, great view of the beautiful Cape Bojeador. 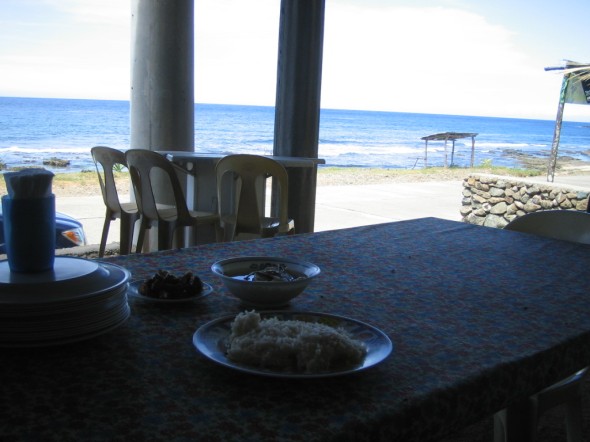 Kapurpurawan is famous for its rock formation. A short 5-6 kms drive from the main road leads to a promontory where one can see the rock formation from a distance. But I guess no one will resist the urge to go closer. Down the trail I went, past bushy trails, until I got closer, near the shore. There are no facilities in the area. I figure some visitors stay for a couple of hous for a dip in the water. As for me, seeing the beautiful rock formation is reward in itself. 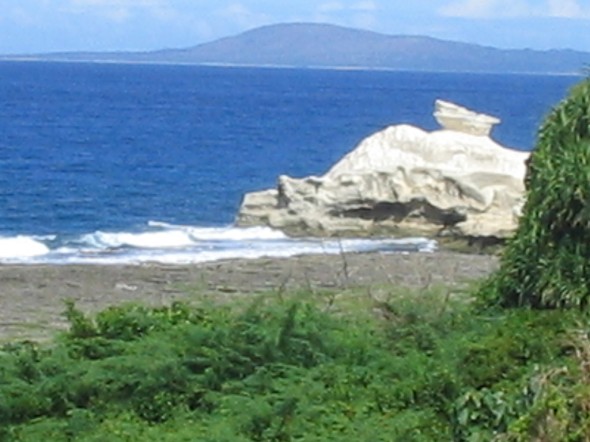 from a distance, but one could not resist the urge to get closer

HOW TO GET THERE

Burgos is in Ilocos Norte,less than an hour away from Laoag, in the direction of Bangui and Pagudpud. There are buses stationed in EDSA and in Pasay City that ply the Manila-Ilocos route several times daily.