I used to say Laguna Garden Cafe was the best. Until I tried Lemon Grass. Turns out both are owned by the same restaurateur. The Vietnamese and Thai cuisine in Lemon Grass spells the big difference. I have had lunch and dinner in this restaurant at least 5 times, enough to say I have always liked the food.

On this trip, I sat outside, on the terrace, and ordered steamed fish, rice, and lemonade with citrus and herbs. The steamed fish was very good, wrapped in banana leaves, with herbs and spices that made it so different from the steamed fish we make at home. The lemonade was so refreshing I ordered another glass. The bill came to only P455.00. 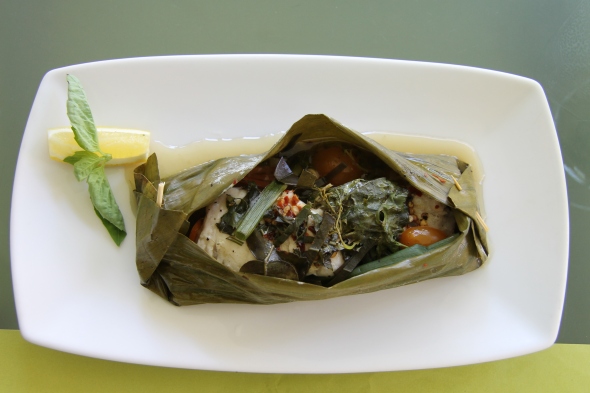 steamed rice came in a cone of banana leaves 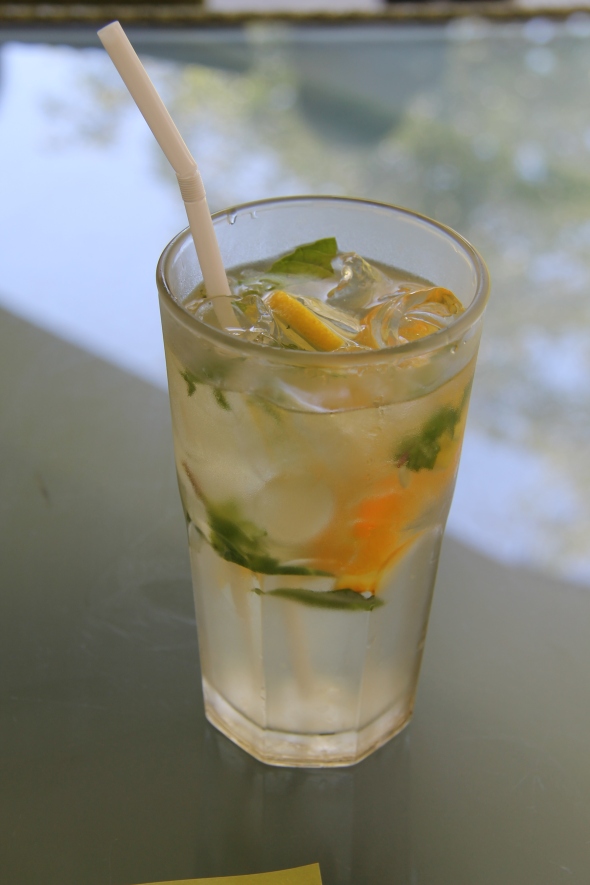 the most refreshing lemonade : slices of lemon, oranges, dashed with mint, basil, and cucumber

I call this restaurant The Best not because of any freebies. I paid for everything I ordered. Everytime. In fact, I still say this is the best in spite of the rather less-than-friendly owner.

I sat al fresco so I can smoke after lunch, after I asked the staff if I can smoke later, and was told that I could. After lunch, a lady passed, whom I didn’t recognize to be  the owner – – – the staff told me so when I asked who she was – – – and I asked for an ash tray. She said they don’t give out ash trays because “smoking is not allowed”. Holy smoke ! I had to sit outside instead of the comforts of airconditioning inside, only to be told I couldn’t smoke – – – after I was earlier told I could.  I didn’t argue, and just  considered that pronouncement to be the rule. But this also made me wonder why Laguna Garden Cafe allowed us to smoke on their tables by the terrace after lunch when I went to Cebu for the Sinulog last January, the staff even providing us ash trays. Oh well, maybe the rules have changed.

So, yes, even with this bad experience, I still say Lemon Grass Restaurant has the best cuisine. . And maybe I should find another spot where I can smoke, after another lunch or dinner in this favorite restaurant.

next time I would sit in airconditioned comfort

I was at Lemon Grass, right beside Laguna Terrace Cafe at the Ayala Center in Cebu. On the drinks menu, I saw Lemonade with Citrus and Herbs. A pitcher costs P195 and, thinking I could not down a pitcher of lemonade, ordered a glass for P85. It was so refreshing on a hot summer day, sitting by the terrace, that I ordered another one. On hindsight, I could have ordered a pitcher.

not even Cebu’s famous halo halo will be more refreshing

The concoction is made up of slices of lemon, oranges, mint, cucumber and basil. Maybe next time I will order a pitcherful  of this most refreshing drink. 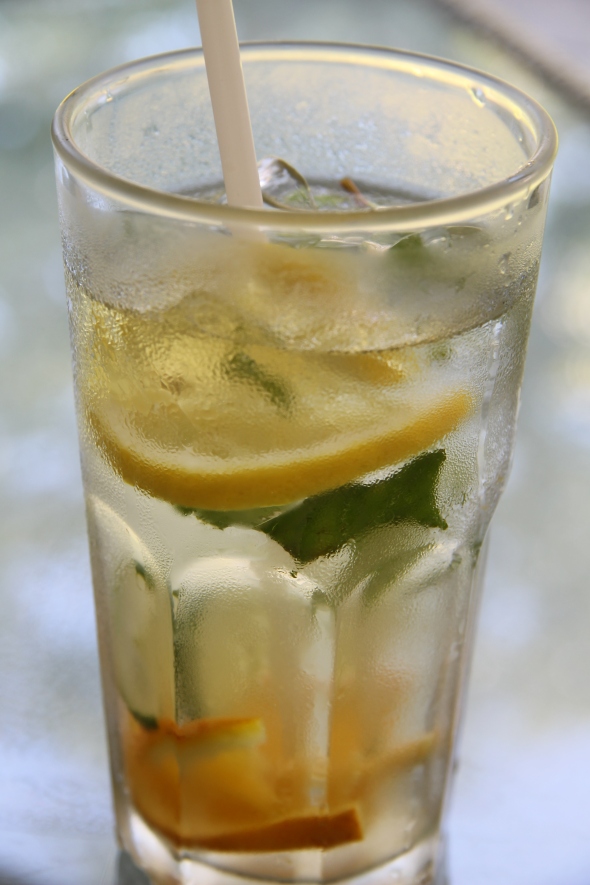 I had to order another one !