Lucban is a town in Quezon near the Laguna towns of Liliw and Majayjay. Lucban is best known  for Pahiyas, a festival celebrating the feast of their patron saint San Isidro Labrador.During the fiesta, homes are decorated, the church is filled to capacity with the locals thanking the Lord for their bountiful harvests, and marching bands roam the streets. The town’s muses are also paraded in floats throughout the town’s main streets. Thousands of visitors flock to Lucban to join the festivities. . 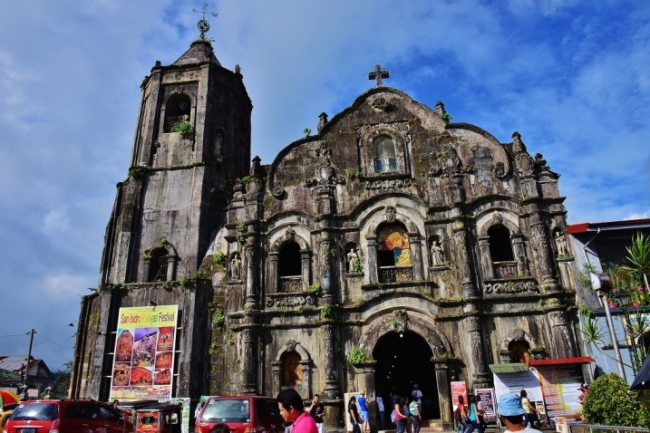 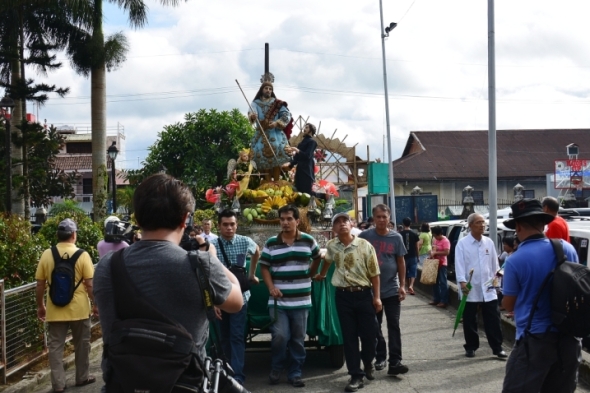 During the event, the homes on the major streets of this small town are decked with kiping and other decoration, some including real produce – – – fruits and vegetables from their farms 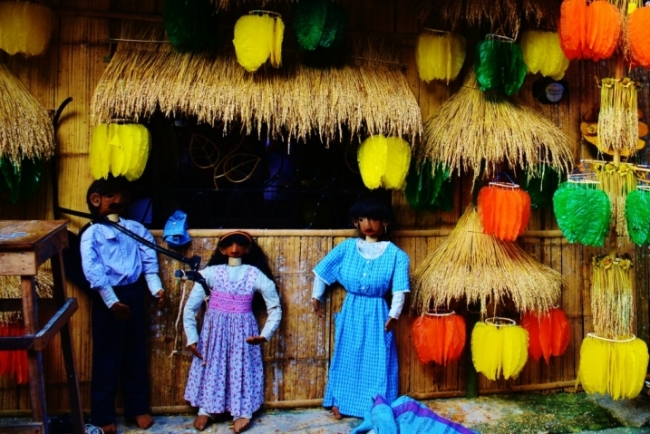 The Pahiyas Festival happens every 15th of  May to honor the patron saint of farmers, San Isidro Labrador. . This festival showcases a street of houses which are adorned with fruits, vegetables, agricultural products, handicrafts and kiping, a rice-made decoration, which afterwards can be eaten grilled or fried. The houses are judged and the best one is proclaimed the winner. Every year, tourists roam the municipality to witness the decoration of houses..  This year, I came with a group of friends from FUNtastic Philippines Fun Group, all toting their cameras to cover the event.

ORIGINS OF THE PAHIYAS

Many moons ago, the locals brought their produce to the churchyard, as a thanksgiving for a bountiful produce. The produce kept on multiplying in volume year on year and so the parish priest suggested that the farmers just put their thanksgiving materials in front of their homes, and the parish priest was to go around to bless the produce. This led to the farmers assembling their produce such that they became decorative through the years. This post, therefore, is more of a photoblog featuring the decors in the Lucban homes.

Next time, I hope to watch from somebody’s window

Lucban is famous for its pancit HABHAB, a noddle dish one eats without using utensils. Rather, you eat it straight from a banana leaf, using your mouth. Have fun doing this when you attend a Pahiyas. Make sure, too, you bring home some Lucban longaniza or bottled items like vinegar. 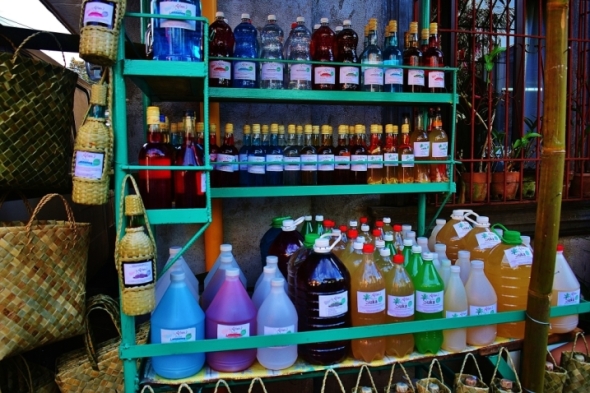 If you happen to be hungry,a variety of local delicacies are available on the streets. 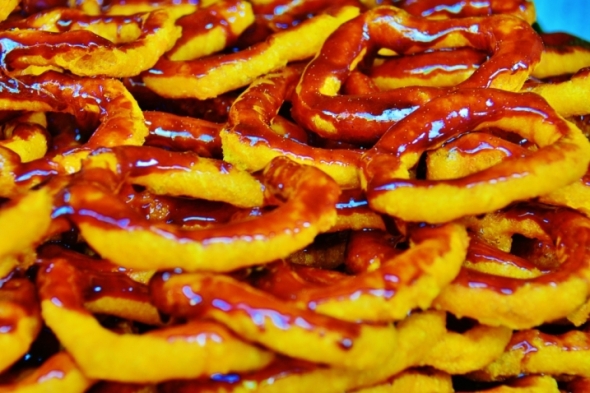 Finally, Laguna is famous for cottage cheese, and vendors roam the town especially during the festival.