Locals were probably impressed to see the windmills as the backdrop to then candidate Bongbong Marcos, running for senator. And the windmills are really a sight, a rare sight in the Philippines.

Bangui is a small town in Ilocos Norte. It is there where all 19 windmills stand proudly along a 3 kilometer stretch off Bangui Bay. 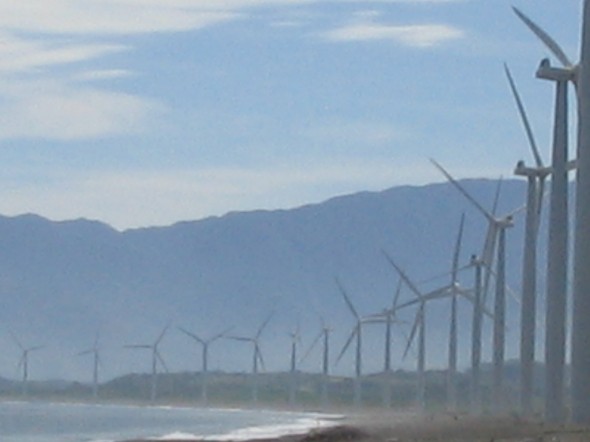 A viewing deck can be found along the main hi-way where replicas of the windmills are sold as souvenirs.

The prefect spot for viewing, however, is right along the shore, about 5 kms from the main road. There is a small coffee shop called Kangkang Windmill Cafe. 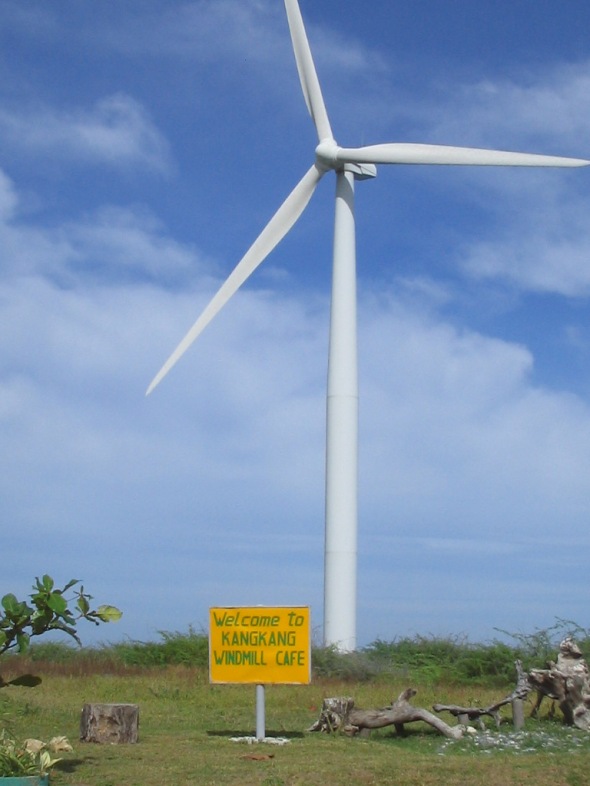 the cafe with a view of the windmills and the bay

This spot is also the stop-over point for most tourists, and sometimes there is a busload of them. The cafe serves good coffee and snacks.

the storekeeper is happy to make coffee

And the bathroom is clean.

CAMPING can also be arranged with the cafe, and tents can be put up on the grounds, a few steps from the bay. The only deal is that the campers must buy their food from the cafe. 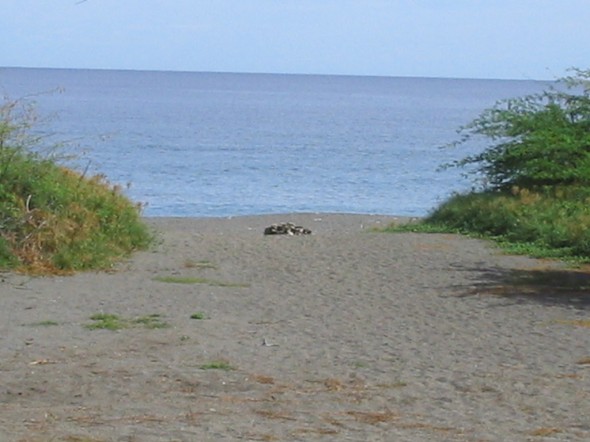 decide where to pitch your tent

The windmills are probably what define Bangui as a tourist destination, or as a side trip when one goes to Pagudpud or to Cape Bojeador. Even while on the beach in Pagudpud, the windmills of Bangui are visible, practically calling visitors to come and visit.

the Bangui Windmills, as seen from Saud Beach in Pagudpud

How to get there:

Bangui is the town right before Pagudpud, Ilocos Norte. It is past Burgos, where Cape Bojeador is.

Public transportation is available, and several bus companies with terminals in EDSA and in Pasay City ply the Manila-Ilocos Norte routes everyday. If no Pagudpud-bound bus is available, take a bus going to Laoag. From Laoag, Bangui is only about an hour away.