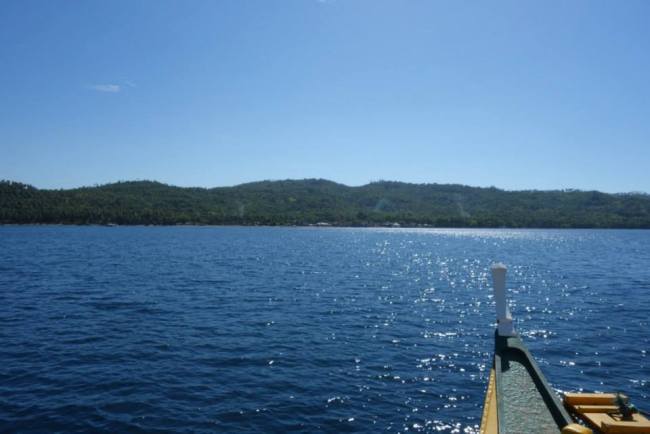 On a recent trip to Masbate I made a side trip to nearby Ticao Island. I have not heard of Ticao from any of my traveler friends and there lies the allure of discovery. Not many people have gone to Masbate, and definitely even less would have even heard of, much less set foot on Ticao. A short one-hour boat ride took me to this island.Fare: P85 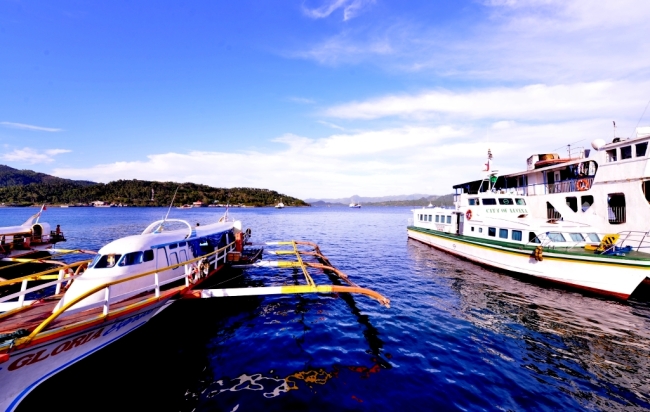 The boat from the Masbate Pier

The boat I took sits 80 passengers cramped in a small space. There were enough life vests though, and this made me feel good somehow. 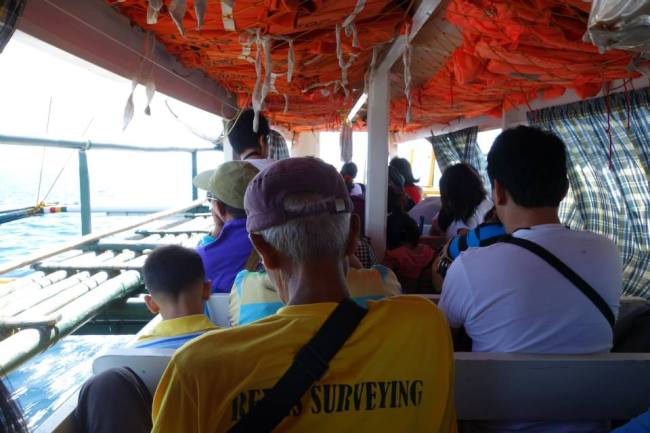 Ticao Island is home to four towns. The first town a traveler hits from Masbate City is Batuan, arriving at the Lagundi Port in Barangay Burgos. 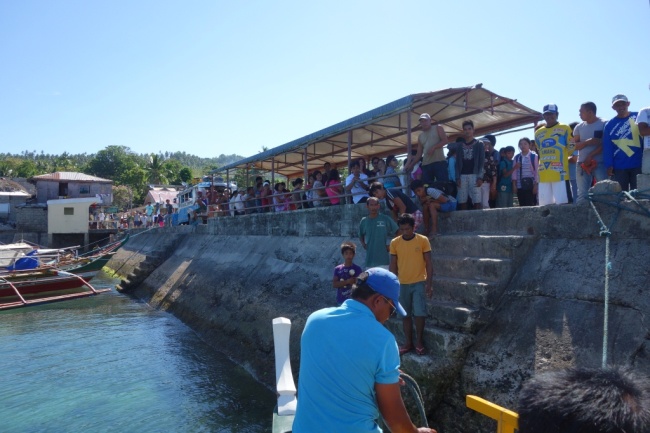 There are piers on all the 4 towns. I went to the Batuan pier at the center of Batuan, near the market, and saw fish being dried. Yes, Ticao Island folks have fishing as the main source of livelihood, aside from farming. 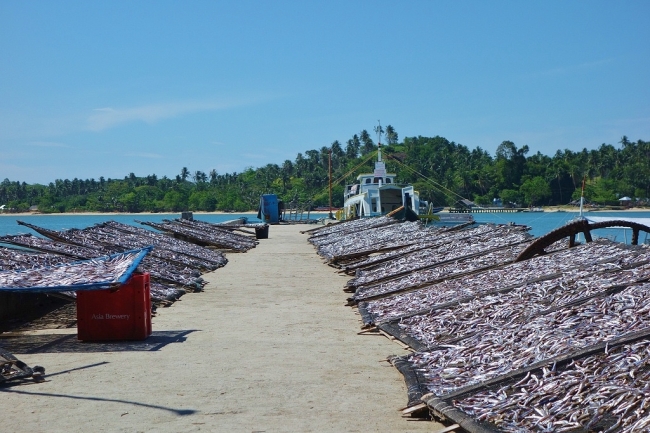 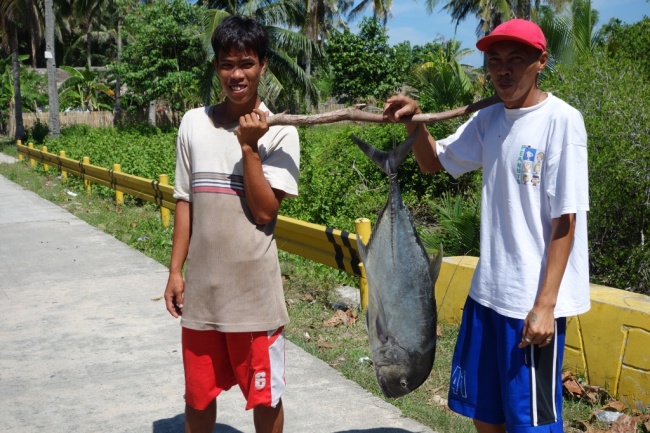 must be a 7-kilo catch

I traveled the island on habal habal (back-ride on a motorbike) as there are no other means of transportation in Ticao. My next stop was the town of San Fernando. 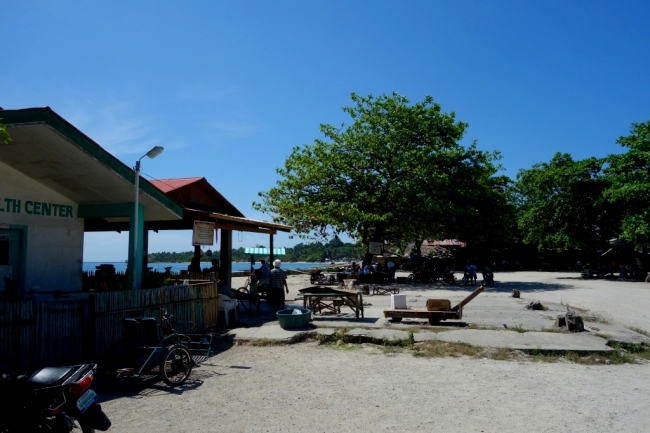 Next to San Fernando is the island’s mother town, the progressive municipality of San Jacinto. 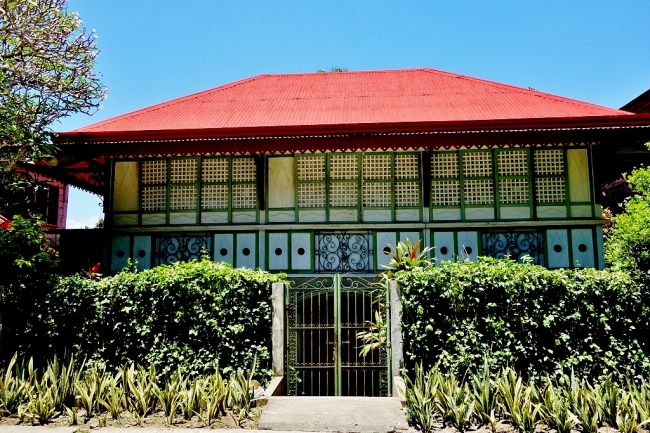 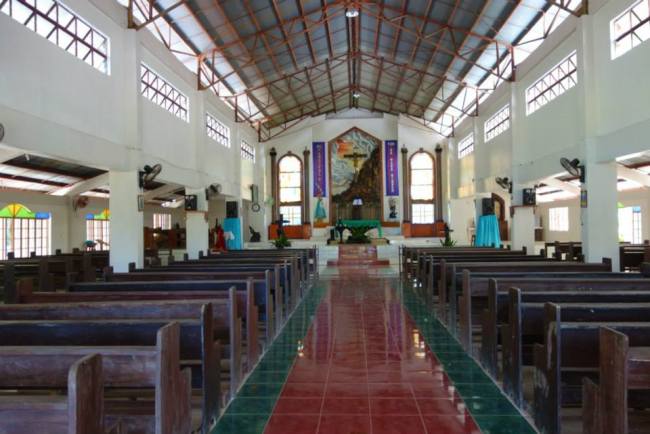 The oldest church on this island was built in 1852, but the local parish had updated the church’s interiors, and repainted the exteriors as well – – to the great disappointment of this delights in shooting old churches and homes. 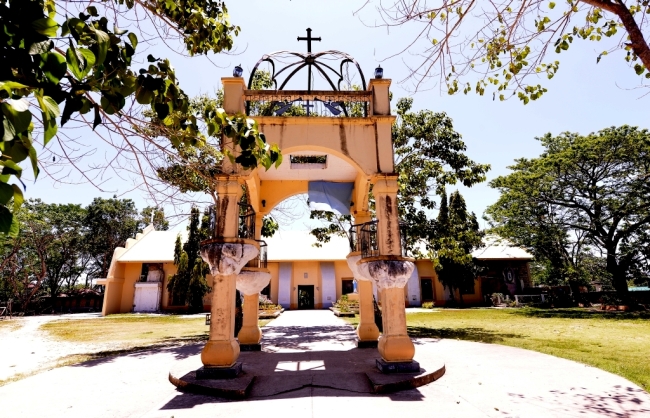 This is a very old church, but the exteriors have been repainted and now looks rather new. The old design can be gleaned from this view, though

The last town is Monreal. The church was also renovated and updated, but the old homes got me worked up. 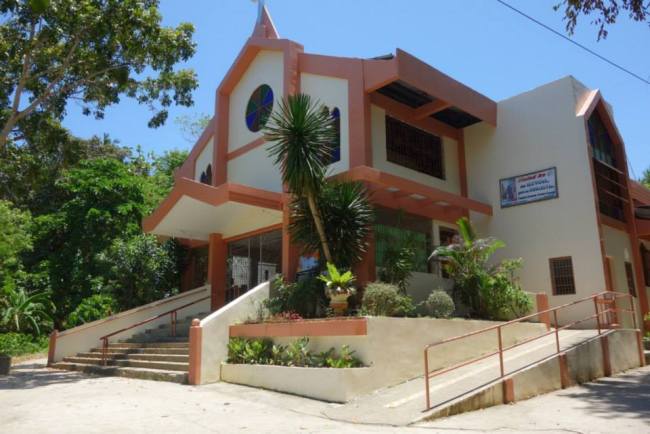 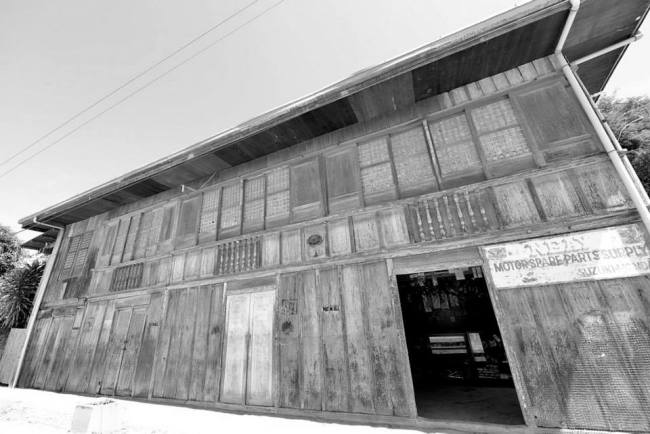 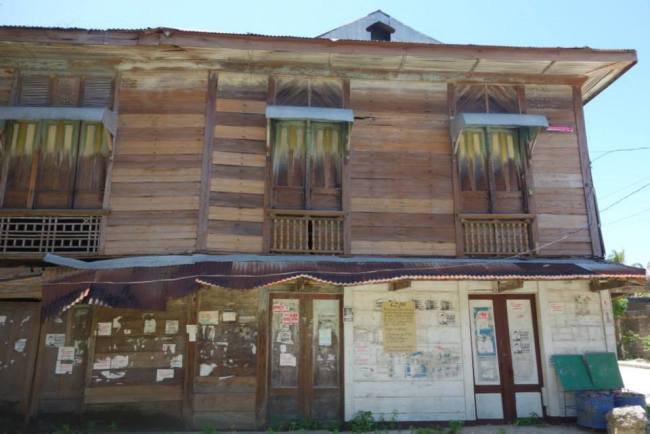 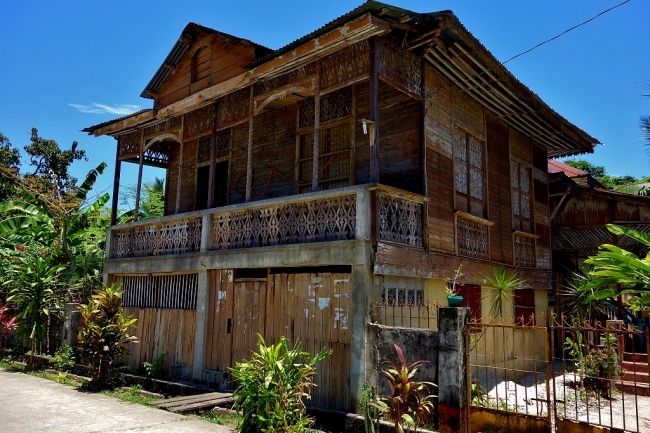 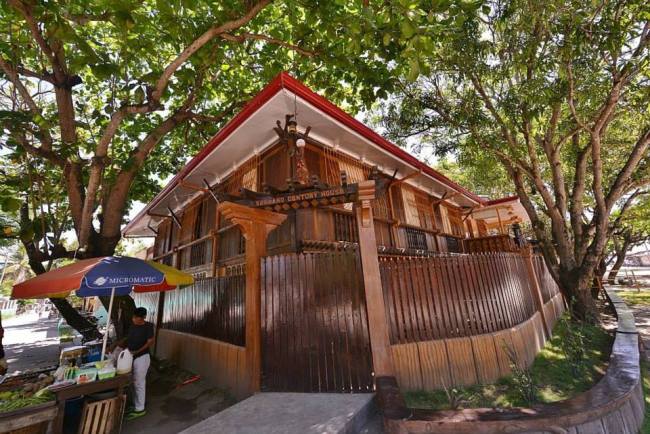 This century house is open to visitors, but the owner was away when I came to Monreal

Monreal is also where one finds Matang Tubig, a spring resort on Barangay Real. 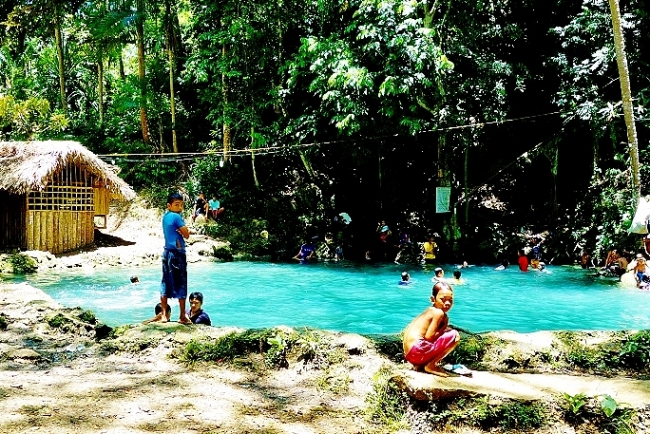 Monreal is also the jump off point to island-hopping. The Halea Nature Park is famous and, I am told, a must see. But my limited time in Ticao prevented me from further exploring ( I could not afford to miss the opening of the Rodeo Festival the next day) 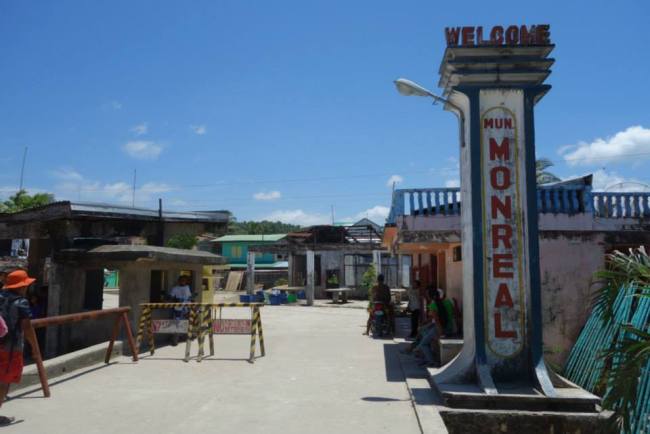 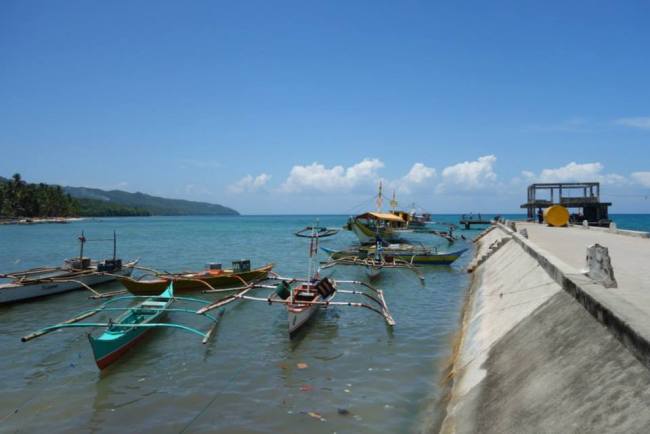 This is the only falls I have seen that empties its waters straight into the ocean. A friend jokingly said that he is surprised the sea level does not rise with the continuous flow of the falls into the sea. Catandayagan can also be accessed from Masbate City on a 1 1/2 hour boat ride. 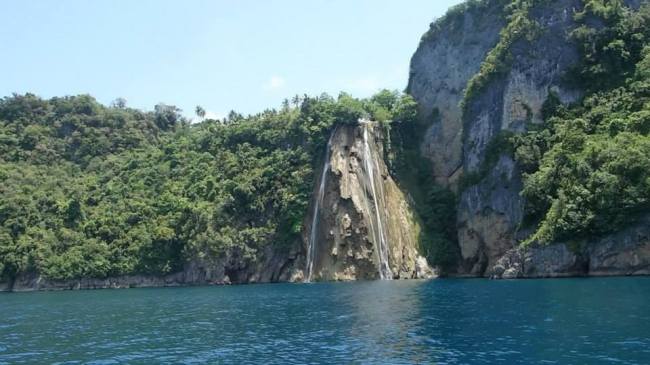 emptying its waters straight to the sea

WHERE TO EAT
My friend and I, both back-riding on habal habal, had lunch in a carinderia recommended to us by the people at the town center. When asked for directions, we were told to look for the carinderia in front of the Monreal Town Hall 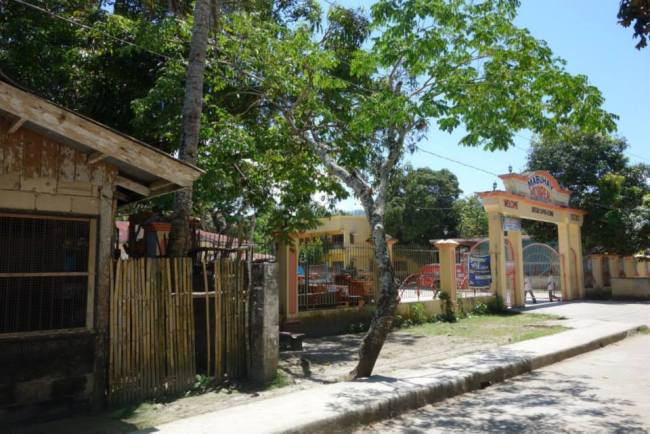 What we found was the best-value lunch I ever had. All four of us had longaniza (native sausages), half of a fried fish, and adobo. We also had two extra plates of rice and a 1.5 liter bottle of soda. And lots of purified water. Total bill came to only P320.00. I joked about this to my friends at the Rodeo, saying I will give a treat to the first 100 persons who sign up and would want a lunch treat from me in Monreal. 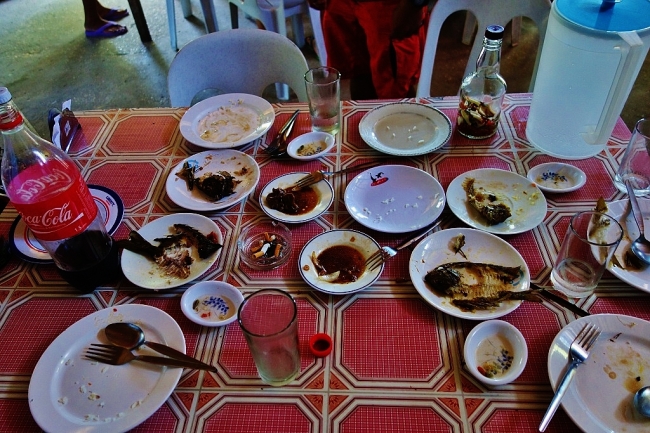 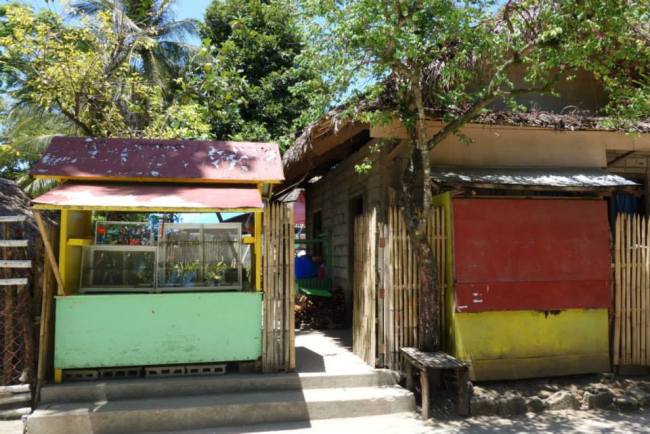 There are inexpensive resorts and even cheaper homestays if you ask around. But having saved so much on food, I decided to stay on the best accommodations on the island. TICAO ISLAND RESORT is in Barangay Tacdugan on our way back from Monreal to San Jacinto. It is reached via a motorbike on a stretch of unpaved road that I reckon is about 4 kilometers long. The “ordeal” from that back-breaking ride is rewarded by this A-1 resort accommodation on cabanas facing the ocean. 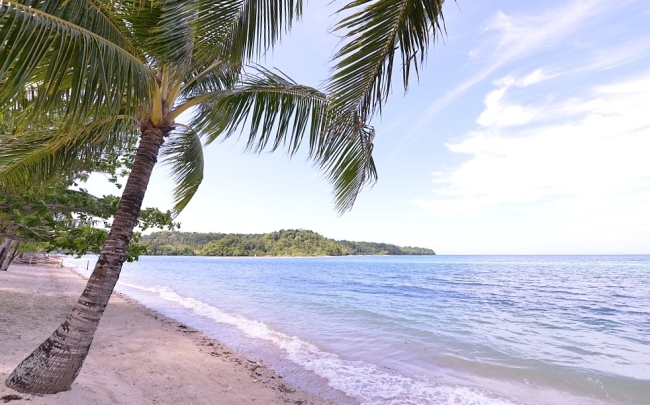 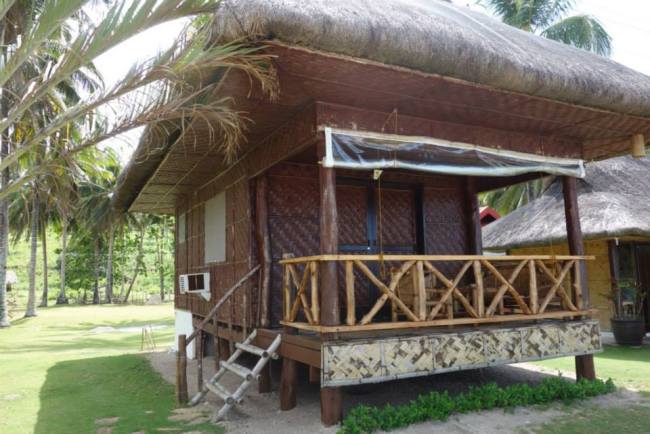 a waterfront cabana with airconditioning, 2 beds, a clean toilet and shower, and a small veranda 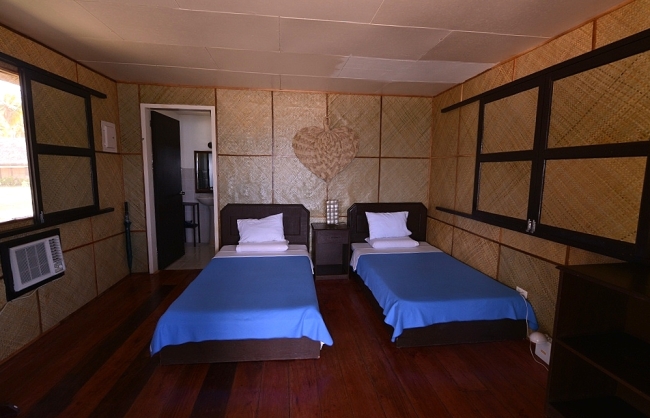 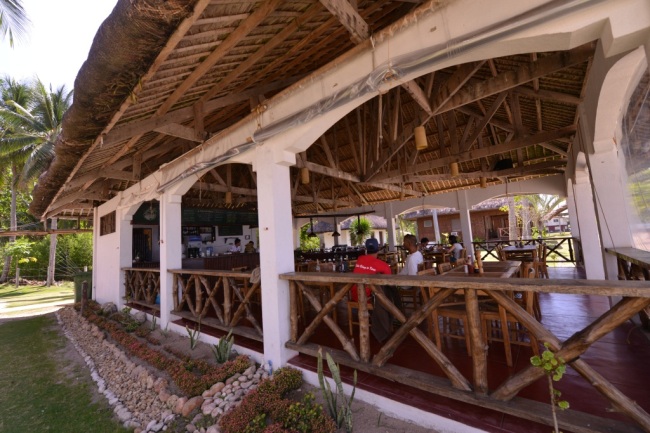 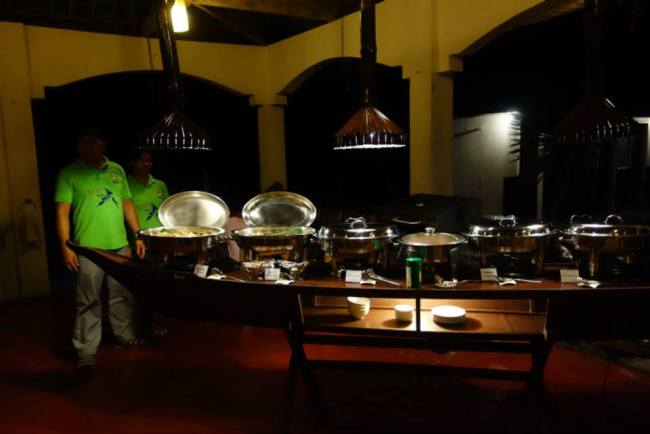 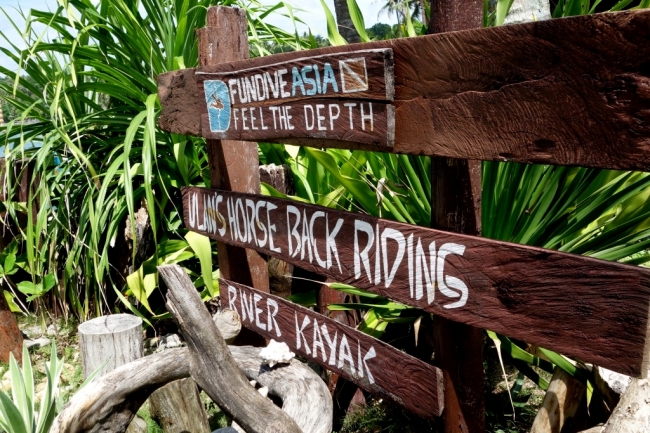 Strangely enough, the resort does not cater to locals, nor to people from Masbate mainland. It is actually fenced off and access is by boat as nearly 100% of its guests, also nearly 100% foreign nationals, arrive via boats from Donsol in Sorsogon, actually another, albeit nearby, province. The resort is packaged as accommodations for divers. Ask them about manta bowl and they will say Ticao Island. 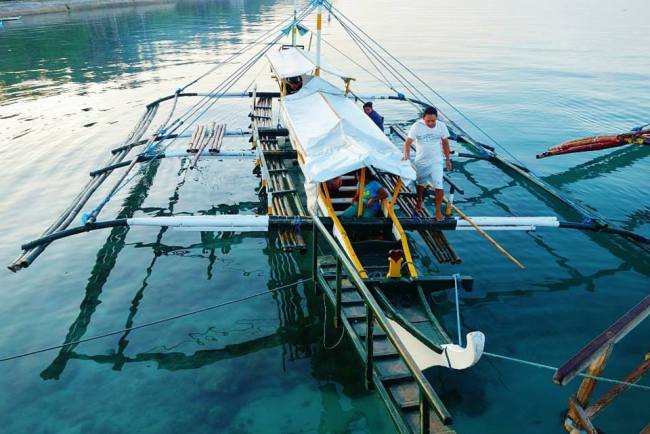